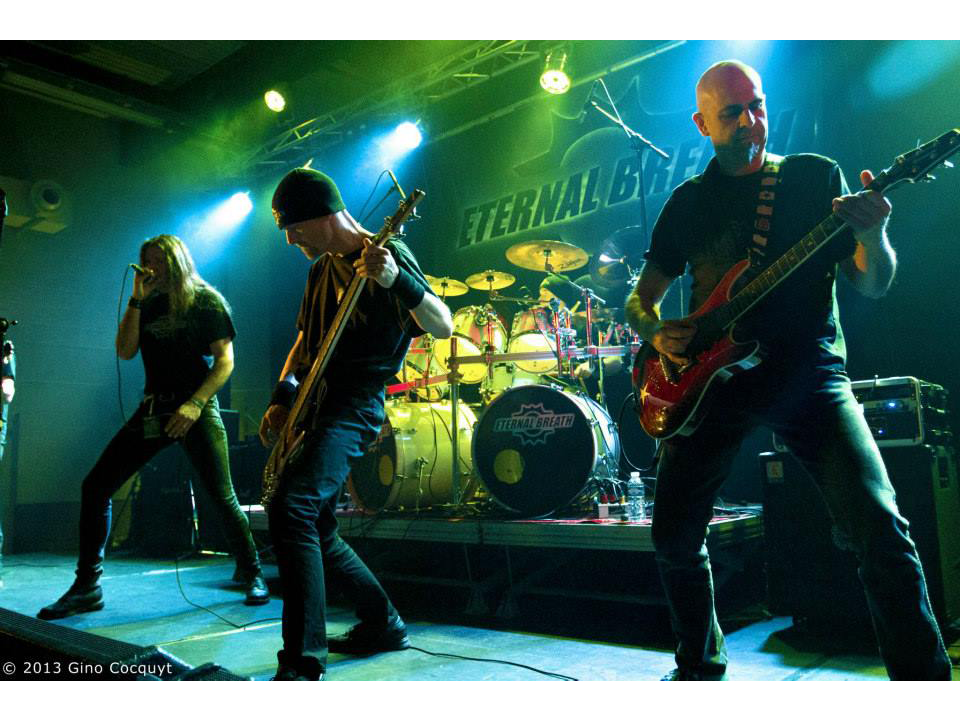 *At the end of 1996 Eternal Breath recorded their first demo called: Empire of Eternity

*After 3 long years of silence, Eternal Breath was reborn.

They called this cdemo ‘Symphony of Agony’.

*Oct 2006. the third CDemo is recorded. Again at second test recording Desselgem. Welcome to Hell is the name.

In the 15 years, the band exist, there were many changes in the line-up.

So has Andy started the band on guitars, and now he is the vocalist of the band.

But after all… Andy and Marino never decide to give up again.